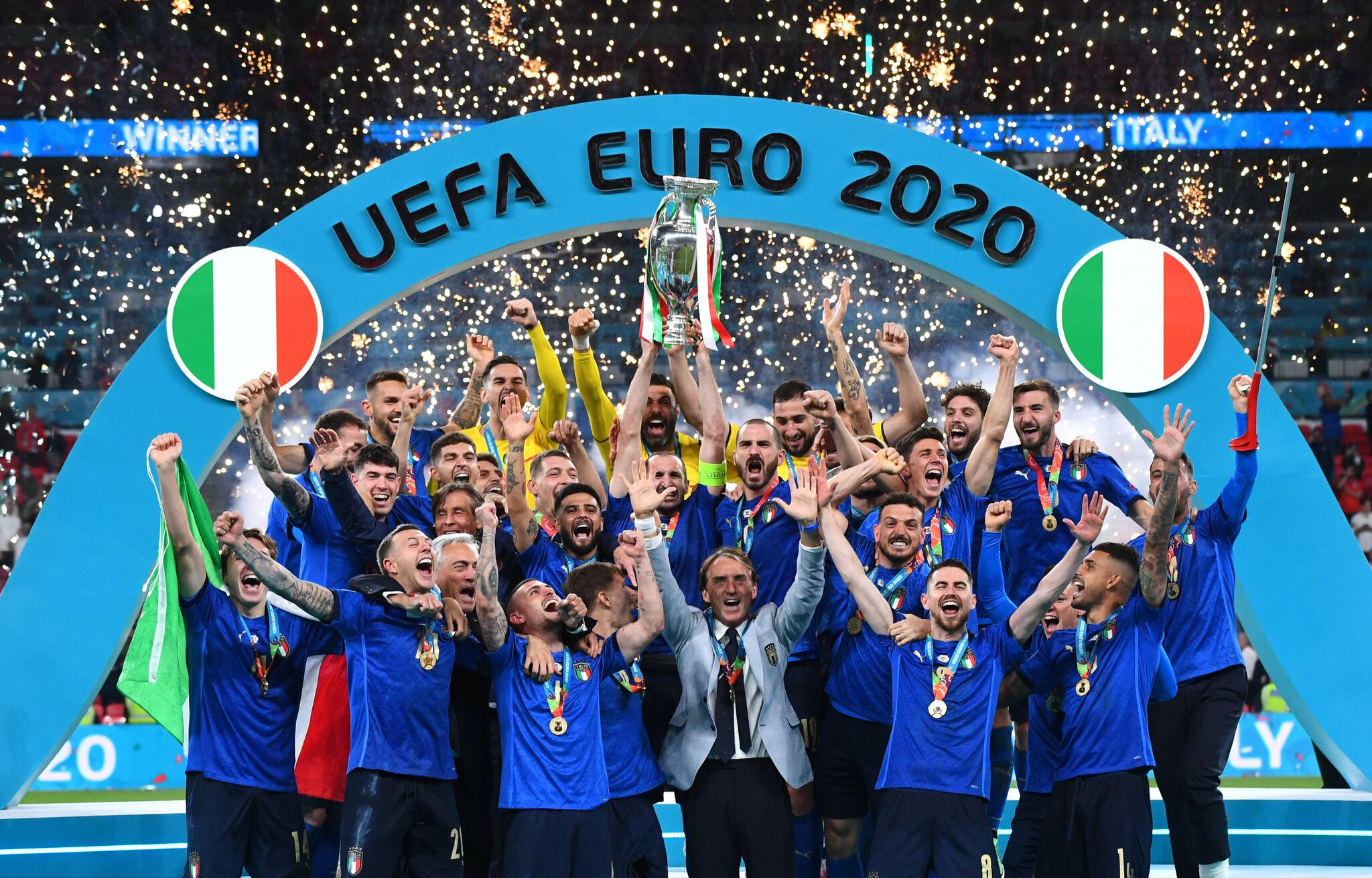 The month of July 2021 will be remembered in the history of Italian sport as one of the highest moments. In the magnificent setting of Wimbledon in the afternoon with Berrettini in tennis, and of Wembley, where the Italian national team won the European title on the night of London, Italian sport was the protagonist of a “bestial” Sunday as it has been defined by many journalists. After the due mention for Berrettini, “bent” only by Djokovic after a true champion Grand Slam, let’s focus on the records of our national team and give the numbers on Euro 2020, one of the funniest events ever.

Thirty-four, fifteen and “1168”: the three record numbers of Mancini’s Italy.

In celebrating the second victory of a continental tournament of our national team, we cannot fail to mention the numbers recorded by Italy. The path started in 2018 with Mancini and his staff, to whom the FIGC gave full and utmost trust, first of all created a new, enterprising gaming identity, beautiful to see as rarely in the past, but if this were not enough, here are data and statistics to support the enormous work carried out by Italy in football in these three years. Now Mancini aims straight at the Nations League in October, in which we will face Spain in the semifinal, for a match that betting platforms and odds like Planetwin365 see in absolute balance and which for the Iberians can represent the “revenge” of the semifinal just lost at Euro 2020.

There are 34 consecutive useful results lined up by Chiellini and his teammates, a record that already belonged to Mancini and which improved precisely within Euro 2020: the success with Austria in the round of 16 was in fact the thirtieth useful result consecutive of the Mancini era, with which the technician from Jesi had reached a “sacred monster” like Vittorio Pozzo.

Fifteen are the victories obtained by Italy between the qualifying phase and the final phase of Euro 2020, an absolute record for any European national team . In fact, there had been ten triumphs in as many matches in the qualifying group for the competition (only Belgium like Italy), to which were added the victories with Austria in the round of 16, Belgium in the quarter-finals, the semifinal with Spain and the three matches. who had earned the nine points won in Group A against Turkey, Switzerland and Wales.

Italy managed by Mancini has scored as many as 92 total goals, conceding only 18, while 87 goals scored in the 34 matches without defeat, just 11 those suffered. Even in the field of goals, the coach has his name written in the register of records for the blue jersey: in fact, there are 1168 minutes without conceding goals, a result that improves the record established in the 1972-1974 two-year period with the Valcareggi management who had maintained the blue door untouched for 1143 minutes.

There were 54 matches in the first traveling European in the history of football, involving 24 participants who fought in 11 different cities. The first kick-off of the event was given in Rome at the Olympic Stadium on 11 June, while the final was played at Wembley in London on 11 July. The final was decided on penalties and here too Italy has the record of victories, with four triumphs from the spot tied with Spain. Again with regard to penalties, Italy records yet another record, that of games decided from eleven meters: seven, Spain second with six.

A final figure on the sixteenth edition of the European football championship for nations is that on the television share of the final. In Italy, the race aired on Rai Uno recorded a 76% share, equal to over 18 million viewers, with a peak on penalties reached over 78% of preferences .